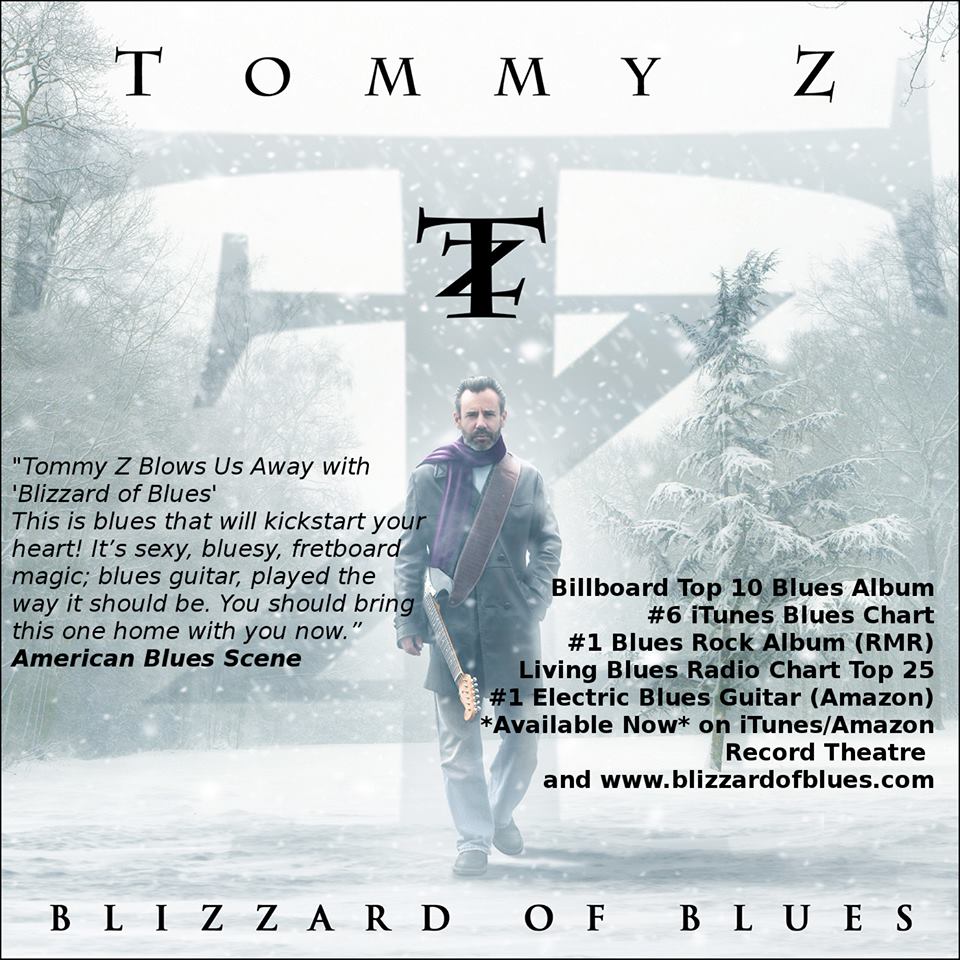 Tommy Z is a contemporary blues guitarist/singer/songwriter/producer from Buffalo, NY who has been described as a “blues treasure” by legendary 97 Rock/WBFO disc jockey Jim Santella, and “one of WNY’s best kept secrets” by Sarah French, Blues Matters Magazine. He is a guitar-driven electric blues-based stylist onstage, but in the studio Tommy composes a variety of music. So while well experienced and studied in traditional blues, jazz and rock styles, Tommy is an artist who puts that soulful blues feeling into all the different styles he plays. He’s been been recognized with numerous awards over the years, including being voted Top Blues Vocalist in Western New York 2003/2004/2006, Top Blues Guitarist 1993, 1994, 1995, 1997, 2004, 2005, 2006 and his band has won the Top Blues/Crossover Blues Band categories 1994, 2005, 2006, and was honored with the Muddy Waters Award for “Artist of the Year” by the Blues Society of WNY in 2004. In 2007 Tommy was inducted into the Buffalo Music Hall of Fame, recognizing him alongside some of the best talent to ever come out of WNY (and also making him ineligible for any more music awards!). He has had the opportunity to perform with/or co-bill with some of the worlds’ top artists in the blues/rock genre including: B.B. King, Buddy Guy, Johnny Winter, The Fabulous Thunderbirds, Jeff Healey, Colin James, Roomful of Blues, Blues Traveler, Derek Trucks, Joe Bonamassa, Robert Randolph, Peter Frampton, Carey Bell and many more including a tour backing up Grammy-winning blues legend Pinetop Perkins (Muddy Waters Band). 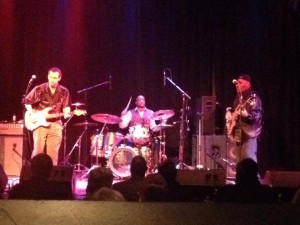 The son of a Vietnam-era veteran, he has been bringing a taste of home to US troops overseas since 2003 with blues-based concert tours in Iraq, Afghanistan, Saudi Arabia, Kuwait, United Arab Emirates, Bahrain, Qatar, Japan, South Korea, Djibouti, Italy, Spain, Portugal, Egypt, Turkey, Guam, Alaska and other distant locales on behalf of USO/AFE. Rolling Stone Magazine called some of these locations, “The most dangerous gigs on Earth.” Tommy contributed guitar tracks to Deep Purple vocalist/Rock and Roll Hall of Famer Ian Gillan’s CD on Immergent called Gillan’s Inn, on the track “When A Blind Man Cries,” which also featured blues-rock legend Jeff Healey and of course Deep Purple’s Jon Lord.

The release of “Sometimes” in 2013 garnered even more national and international attention than “UL” and the secret was out.  It made both the Roots Report Top 50 Blues Airplay charts, overseas blues charts in France, etc. and made the first round of voting for Best Blues Album at the Grammy’s.  It received glowing reviews in such publications as American Blues Scene, Blues Rock Review, About.com/blues and many more.  Tommy tours around the United States and abroad as featured act and as headliner at top venues and blues festivals.  In 2015 the band was invited to be the international headliners for the Cali Blues and Folk Festival in Colombia, South America for nearly two weeks of concerts and master classes which were extremely positive in their reception.  In 2015 Tommy was hired as a new blues radio host/DJ by the NPR/WNED affilated station WBFO 88.7 FM where he programs classic and modern blues music for listeners in the WNY/Southern Ontario area and online at www.wbfo.org.

The follow-up and current album, “Blizzard of Blues” was released in the Winter of 2016.  Two weeks before the official release date it debuted as the #1 Blues Rock Album (RMR), the day of release it shot up to #6 on iTunes Blues Chart while being featured there and then it debuted at #8 on the Billboard Blues Top 10 Album Chart alongside such greats as Billy Gibbons, Gary Clark Jr., Johnny Winter, Buddy Guy, Tedeschi/Trucks, and more where is was the only release by an unsigned  independent artist on the list.