Dallas Hodge was born in 1954 in Detroit Michigan. He started playing the guitar at age 13. He went on to lead several bands over the next few years and finally teamed up with his brother Catfish Hodge in 1970 as the Catfish Hodge Band, recording several albums together. In 1978, he moved to Santa Cruz, California where he met and teamed up this time with legendary guitarist Steve Marriott of Humble Pie. In the year 2000, he was offered the task of fronting the legendary band Canned Heat, one of the headliners at the original Woodstock Festival. Known for such hits as ‘Let’s Work Together’, ‘Goin’ Up The Country’ and of course ‘On The Road Again’. 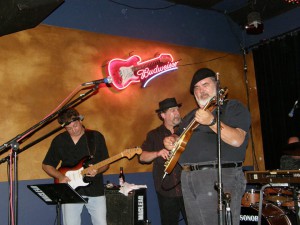 In 2005 Dallas was introduced to a gentleman who would ultimately be the one to help him record as well as co-produce his long awaited CD……Tom MacLear. “Reelin'” has an exciting all-star lineup: Tony Braunagel (Taj Mahal) David Woodford (Bonnie Raitt), Larry Zack (Jackson Browne), Slip Van Winkl (Bob Seger) Lee Thornburg (Tower of Power) and many more… 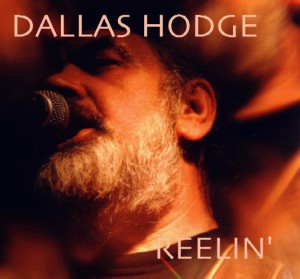 It was from here that a new chapter would begin. In 2009, Dallas was contacted by Bob Seger sax man Alto Reed to work with him and his West Coast Blues Entourage.

New material is on its way. If you truly want to hear some “Motor City style rockin’, rhythm and blues”, then you owe it to yourself to see Dallas Hodge and his band live! They are touring Germany and Switzerland February 22 – 28 and are additionally available February 17 – 21 and/or February 29 – March 6.