John “JPBlues” Pagano has been touring and working the blues scene since the age of 13! His first CD, at the age of 17, raised some eyes, his second Release on Midnight Circus Records, hit #4 on the RMR blues charts and remained in the top 50 for over 28 weeks! RMR rated it as one of it’s top 100 Blues CD’s of 2011. 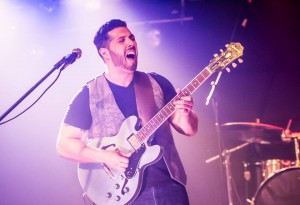 JPBlues new CD “Make Room at the Table” shows a maturing up and coming blues artist and songwriter. With guest appearances by such top musicians as Yonrico Scott (Derek Trucks Band, Royal Southern Brotherhood) and Todd Smallie (JJ and Mofro, Derek Trucks band), it is clear that JPBlues has reached a new level in his career.