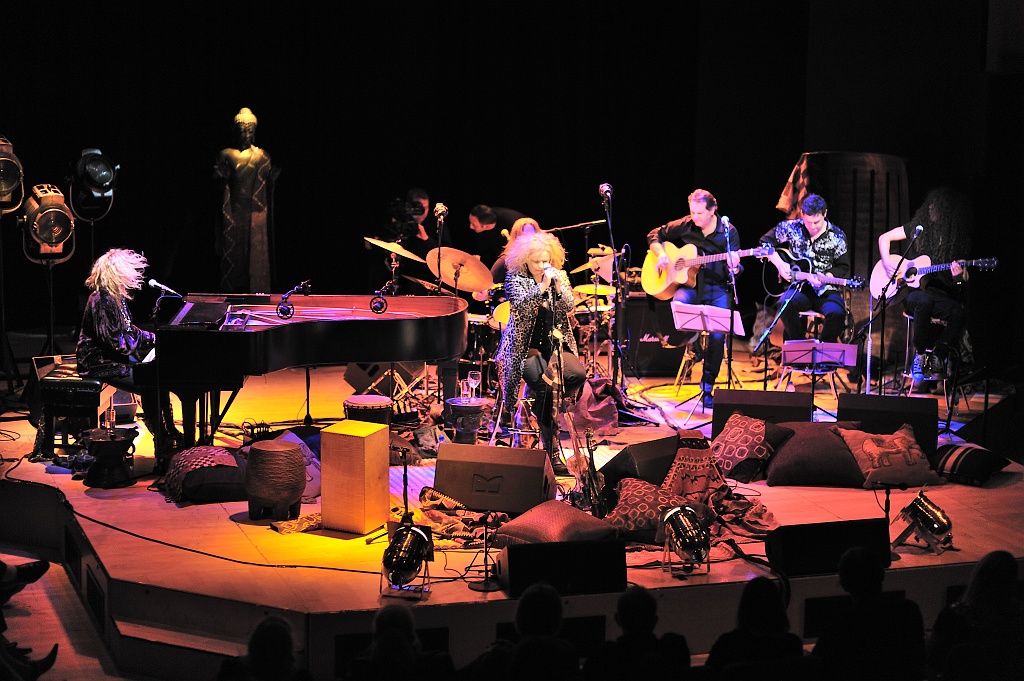 Having invaded venues ranging from The Royal Albert Hall (on multiple occasions), playing alongside Elton John, The British Rock Symphony Orchestra and Blues festivals, Wembley Arena supporting The Who, The Viper Room in LA and Euro-fests galore – to intimate spaces like The Green Note in Camden, Never The Bride have amazed and floored audiences and peer groups alike over their 25 years of service – these ladies are true rock and roll royalty.

Roger Daltrey broadcast “Nikki Lamborn has the best female rock voice since Janis Joplin and I know what I’m talking about, I knew Janis”. The legendary Dame Shirley Bassey called the girls “inspirational”, they have performed private shows for Cher and Liza Minnelli and Bob Harris from BBC Radio 2 referred to them as “one of the best live bands in Britain”; the ladies’ roll-call list is simply mind blowing – as are the stories the ladies readily share.

Bristol born Nikki Lamborn carries the dynamo vocal lead, while Glaswegian, Catherine ‘Been’ Feeney asserts the ‘sonic art’ with keys and vocals. Their raw, unfettered talent is undeniable and is enough to justify the impression the girls have left on audiences throughout Never The Bride’s 25 years of global domination.

Nikki also holds a successful reputation as a vocal coach; described as “the best I have ever known” by Beverley Knight and has appeared on TV as a vocal coach on BBC’s “Just The Two Of Us” and Channel 4’s “Faking It” series.

Capturing the electric and unquestionable live energy, Never The Bride’s presence has also been noted as one of LA’s famous Viper Room’s top favourite moments of the past 21 years. Sunset and Clark magazine Their legendary career merely represents their journey so far – and remains a testament for what dangerously is yet to come.