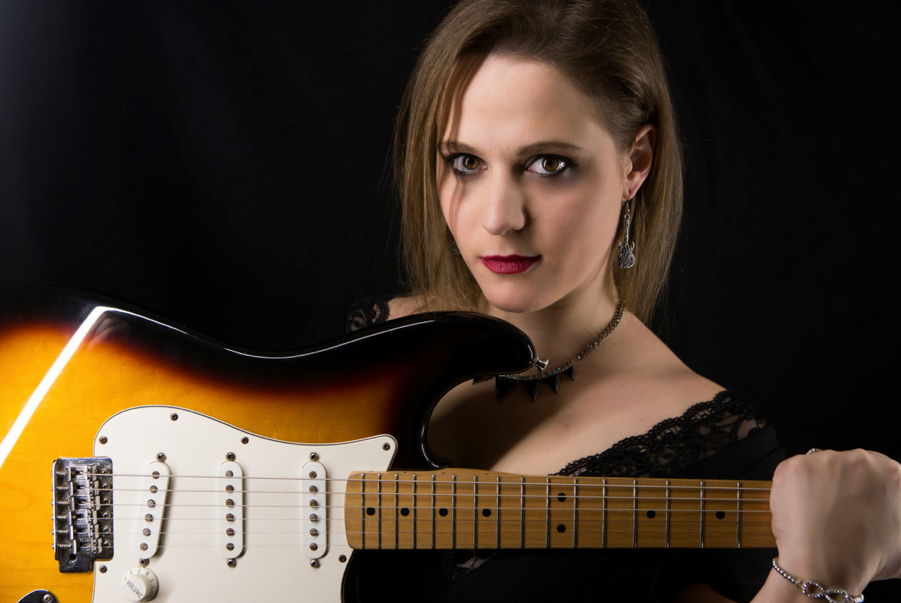 Eliana Cargnelutti, italian guitarist and singer, graduated in jazz guitar at the conservatory “G. Frescobaldi” in Ferrara introducing a thesis on Mike Stern. Eliana is the new hope of italian rock blues. A strong singer and a crafty guitarist, one of the rare real front women of the italian scene.
She plays a flavor of rock blues with a bit of everything in between: electric funk, mixed with pop and jazzy instrumentals, raw rock, tight blues grooves, illuminated by her skills as an electric guitarist. Her sets truly have something for everyone. Eliana is well known in the Italian blues scene thanks to her infectious persona. Her band, features known musicians from the italian blues scene: Simone Serafini, Loris De Checchi and Carmine Bloisi from Padua. The melting of their personalities gives life to the subtles of musical nuances. 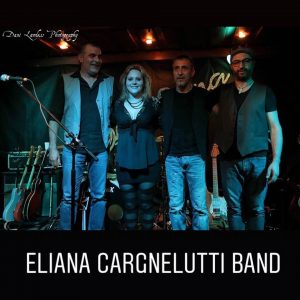 Eliana has played with various Italian blues artists like Enrico Crivellaro, Rudy Rotta, Tolo Marton, Roberto Formignani, W.I.N.D., Jimmy Joe and in other situations with Roberto Manuzzi and Ellade Bandini (Guccini), Andrea Rigonat (Elisa), Otis Grand, John Craig (guitarist of Ike & Tina Turner), Peter Stroud (guitarist of Sheryl Crow) and the Joe Pitts Band, with whom she played in various Italian and American festivals. She also recorded a CD with them, in Arkansas, USA (2009). She has collaborated with the progressive rock/klezmer group Passover from Trieste for a tour in Tokyo, Japan (2010) for a tour and a live album in the United States, Boston (2012).

She did her part in the international Tour with the Blues Caravan project “Girls With Guitars” of Ruf Record label for all the 2015. Eliana was the winner of the Blues Contest in Pordenone, Italy, in 2010, she won the blues award as the “best new young artist” at “Oscar del Blues” in Modena, Italy. She was named one of the five “best female guitarists” in the rock blues scene at the American “Jimi Awards” in 2015 and she was nominated the 5th best female guitar player of the rock blues world by Blues E-news magazine. 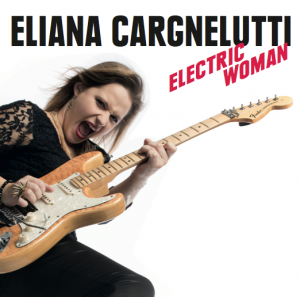 Her first Cd “Love Affairs” went out the 12th November 2013 for VideoRadio Label.

Her second Cd “Electric Woman” went out in January 2015 for Ruf Record Label.

She also recorded the Cd “Girls with guitars “ in 2015, for Ruf Records Label.