Uptempo Soul Funk and Blues with a New Orleans twist! Phil Gates style is reminiscent of early Buddy Guy mixed with a special blend of flavors from Jazz, Fusion, and the Chicago, Delta, and Mississippi Blues styles.

Phil Gates was born in Chicago Ill., into a family of musicians that helped form his music style, and ability. Phil began playing musical instruments at the age of eight. Later, while in the U.S. Air Force, Phil was selected as the guitarist and technical director for the “Tops in Blue” World Tour, which performed in fourteen countries as well as the halftime show at the NFL Superbowl. Phil recently moved from Los Angeles USA to Switzerland. 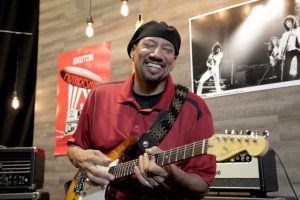 Phil is the founder of the Los Angeles Blues Society. He has also Co-Produced the award winning Blues record “The Blues According to Zacariah”, and scored an AFI film “My Normal Life”. Phil has also written and produced a guitar loop CD for M-Audio’s Pro Session’s Library and Apple computer’s Garage Band. Phil is a published author with Mel Bay Publications with an instructional book called “Recording The Guitar”. He is also very active as producer and is currently the Director of Music for the James Marshall Hendrix Foundation (www.jimihendrixfoundation.com). 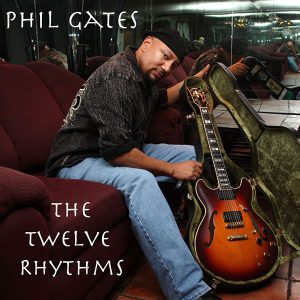