Jeffrey Lynn Fulks Jr. now known as JL Fulks was born in Fountain Inn, South Carolina in 1990. At age 13, he began playing guitar, after being inspired by his father’s love for the blues. JL’s immediate prowess with the instrument led to him joining The Praise Band at Pleasant Grove Christian Academy. When his father noticed his son’s abilities, he gave him the Stevie Ray Vaughan album “Texas Flood” and told him, “If you’re going to play guitar, play it like that.”

This was the first of many musical inspirations as he honed his skills in The Praise Band. Performances both insid 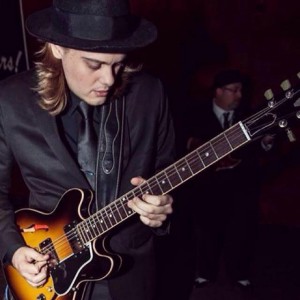 e and outside of school led to shows with other bands and playing in diverse venues before bigger audiences, some as large as 5000 people. Playing in The Praise Band taught young JL a lot about music and he soon joined a rock group in high school. The group ended up winning his high school’s “Battle of the Bands.”

In 2009, JL formed a rock band called Until Next Time, with three musicians from the local music scene. The band was very popular in the Greenville, South Carolina region and eventually won a “Battle of the Bands” competition, sponsored by Gorilla Productions — a local independent label. The band parlayed their success by winning the finals at a club called The Handlebar. They were subsequently voted Greenville’s best rock band and were awarded free recording time at Sit-n-Spin Studios, as well as a headline opportunity at The Handlebar. Things were looking up for the popular band as several independent labels were interested in signing them, but creative differences among the members led to the band breaking up before any success could be achieved.

When his family moved to South Florida in 2011, JL continued his musical education by enrolling with Berklee College of Music’s online extension program. This afforded him the opportunity to study with some of the world’s best guitar and music instructors. While studying with Berklee, JL began making a name for himself in South Florida by performing every night. JL began performing with a local cover band called “The Flyers” and recorded his first EP “Dixie Highway” with Patrick Farinas.

It wasn’t long before his abilities were recognized and JL was being asked to sit in with many successful and talented musicians. He has shared the stage with such names as Matt Schofield, Chris Duarte, JP Soars and the Red Hots, Rickey Godfrey, Mac Arnold and the Plate Full of Blues Band, Victor Wainwright & The Wildroots, Damon Fowler, Southern Hospitality, Brandon Santini and his Band, Muggie Doo (Buddy Miles Express), Tom Holland (James Cotton Band), Boo Boo Davis, David Shelley and Bluestone, Bob Corritore, John Nemeth, Terry Hanck, Jeff Prine, and Patrick Farinas.

Persistence paid off when JL was approached by Brandon Santini in the fall of 2013. After seeing JL perform at the Funky Biscuit one night with David Shelley and Bluestone, Santini asked JL to play guitar for his band. JL relocated to Memphis, Tennessee in December of 2013, after three successful tours to play full-time in Brandon Santini’s band.

JL worked as Brandon’s right hand man for eight months where he opened the show for Brandon and drove the band as his lead guitarist and vocalist at every show. He toured the country and headlined with Brandon at many great blues clubs such as Buddy Guy’s Legends in Chicago, Bradfordville Blues Club, Boston’s on The Beach, The Slippery Noodle, The Rum Boogie Cafe, The Blues Hall and many others. Larger showcases became the norm as the band performed at some great blues festivals such as The Daytona Blues Festival, The Springing the Blues Festival, and the Southwest Florida Blues Festival where they opened for legendary blues guitarist Johnny Winter. It didn’t take long before JL’s guitar playing was noticed by blues editors, writers, and legendary musicians. 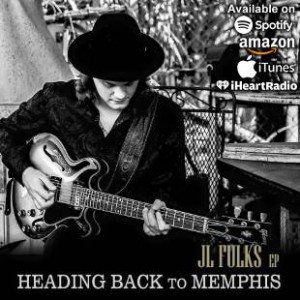 After JL’s performance at The Southwest Florida Blues Festival, he was told by Johnny Winter’s manager that Johnny was impressed by his guitar playing and that he insisted that she come find him immediately bring him backstage to meet with him. The Blues legend and the young guitar phenom had an encouraging conversation about music and life — quite an endorsement for young JL Fulks. That night lives on every night he plays his Gibson ES-335 that Johnny Winter signed. Although now, to honor Johnny and to preserve the valued instrument, JL mostly plays a new, Custom Shop Gibson ES-339. 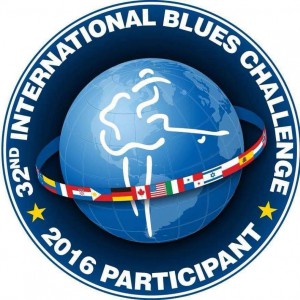 After eight great months of touring and performing frequently on world famous Beale Street and gaining invaluable road experience, JL felt it was time to move on to projects of his own and begin work on his new EP. He returned to his hometown of Greenville, South Carolina to begin writing and planning a launch of his own band.

In 2015 JL released the blues EP “Heading Back To Memphis”.  This three song CD was co-produced by David Shelley and features Rockin Jake on Harmonica. The songs range from a traditional blues, a modern southern rock song, and a swamp blues rock tune that is played on a Memphis Cigar Box guitar. In January 2016 he was in Memphis semi finalist at the International Blues Challenge.

In October 2016 won JL Fulks an IMEEA Award for best blues song of the year! 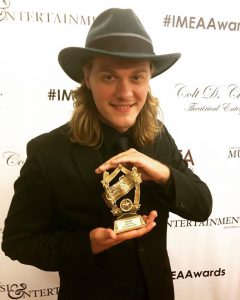