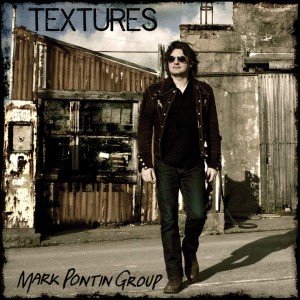 The second album “Textures” proofs again that Mark Pontin’s abilities as a guitarist easily put him in the upper echelons of blues and rock players. His vocals can turn on a dime from gritty and raw to smooth and melodic, displaying enviable range without the strain and the kind of control and dynamics rarely seen in a blues/rock context. As a songwriter, Mark displays the kind of versatility seldom seen within the often predictably rigid confines of the blues/rock scene and demonstrates how easily – when you know how – the genre can be incorporate shades of jazz, funk, soul and pop music. Out in UK; Release date for Europe: April 1.