Seattle guitarist and frontman Ayron Jones (Eh-Rahn), has become one of Seattle’s hottest up-and-comers with his brand of Seattle Rock. Jones has taken a hybrid style of guitar playing, in which the chord and solo are played at the same time, and infused the raw energy of punk with the inner-city attitude of Hip-Hop. The result is a soulful reincarnation of that iconic Seattle sound. Think, Stevie Ray Vaughan meets Nirvana. 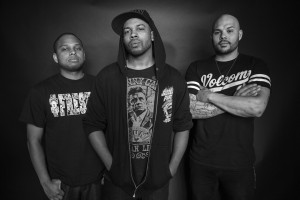 In 2010 guitarist Ayron Jones started Ayron Jones and The Way, a three-piece blues rock band. By the Summer of 2012, the young band had been making appearances on local Seattle radio shows, and had opened for the legendary Robert Cray. The band soon grabbed the attention of the local media and more importantly, Seattle Hip-Hop icon and Grammy award-winning rapper, Sir Mix A-Lot. After seeing the band perform live, Mix A-Lot approached the band and offered to produce their album. The group accepted the offer and they immediately began recording.

“So, finding Ayron, the first thing I found myself asking was, ‘Why hasn’t anybody recorded this guy and why is it that nobody knows about it in my circles?’ Because that is easily the best talent in Seattle right now.”- Sir Mix-a-Lot to The Seattle P.I. 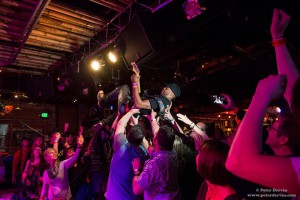 In 2013, Jones and bass player DeAndre Enrico, brought drummer Kai Van De Pitte out of Portland, Oregon into the mix. Van De Pitte brought a metal background with him as a drummer, giving the band that nasty edge they had been looking for. The band would be invited to perform at premier music festivals such as, Bumbershoot, Mt. Baker Rhythm and Blues Festival and Summer Meltdown resulting in tremendous buzz and momentum leading up to the Fall release of their debut album, ‘Dream’. Though the release was met with rave reviews from Seattle media, it was the sold-out album release show on November 2, 2013 (with Sir Mix-a-Lot and Tomeka Williams opening) where Jones made the biggest statement with a performance the Seattle Times says, “…Elevated himself into the conversation on Seattle rock royalty…”

In March of 2014, the band opened for the legendary B.B. King at a sold out show at the famed Moore Theatre in Seattle. They also performed on NPR’s Livewire! radio show in April and did a West Coast tour that included seven states, including spots opening for Living Colour, The Presidents of The United States of America, Michael Franti & Spearhead, and Train. 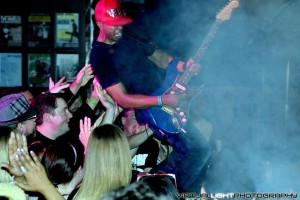 In May 2015 Ayron Jones and the Way released the video ‘Boys From the Puget Sound’ as teaser for the new album produced by Barrett Martin (Mad Season / Screaming Trees) and mixed by Jack Ending (Nirvana). At this moment the band is back in the studio to finish the recordings.

2015 has been solid so far with a successful tour of SXSW in March, the main stage of the Sasquatch! Music Festival and shows and festivals opening for Robin Trower, Widespread Panic and even some jamming with Mike McCready from Pearl Jam.